America’s Book Of Secrets -The Freemasons

Hold on to your seats, we are in for another “History Channel Ride”!   The History 2, (formally History International) channel (242 on local cable) has started a new series called  America’s Book Of Secrets, that airs Saturdays at 10:00 p.m.  This coming Saturday, January 28th, guess who is “on stage”?? Right! -us!!!   This week’s episode is “The Freemasons”.  This is new – it has not been on before so hard to say what direction this will go in, but here is the description H2  gives for the program:

“It is America’s most private organization with secretive meetings and a membership that includes the most powerful men in America–and the world. But behind this elite brotherhood… are secrets. This episode explores the secret history, rituals and reach of the most well-known secret society in the world. How did the Freemasons shape America? What goes on at Freemason meetings? What secrets ceremonies and rituals are still conducted today? What is the meaning of Freemasonry symbols like the eye, the square and the compass? Are the Freemasons part of a New World Order with plans to control the world? For centuries, the Freemasons have been thought to be the architects behind the world’s greatest international conspiracies. But more elusive than the organization itself–are its secrets. Secrets that have remained untold…until now.”

So grab some popcorn (and something to wash it down with), “strap in” to your favorite chair, click on that remote, and let’s see where this one takes us!!!! 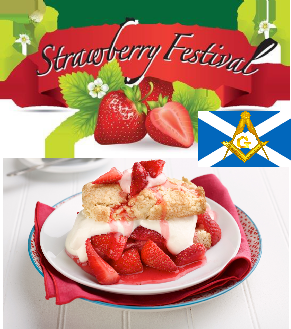 Election of Officers for 2012