On Friday October 26 and Saturday October 27, members of St. John’s Lodge turned the first floor of the William Pitt Tavern into a Haunted House that  proved to be a huge hit with both parents and children attending the Strawberry Banke Museum’s annual “Ghost on the Banke” Halloween Celebration.  Brothers of St. John’s Lodge along [ click READ MORE to view full article]      with a member of both Moses Paul and Strafford Lodge, appeared in costume “haunting” the tavern’s cobweb, skeleton, and ghost “infested”  black-light lit rooms.  Friday night saw a steady line of visitors pass through from the time we opened at 6:00 p.m. until closing a t 8:00 p.m.   Saturday night witnessed an absolute “flood of visitors” from opening to closing.

Our haunted tavern was a huge success and we have already begun talking about improvements and additions for next year!

Guests pass “warnings” as they approach the William Pitt Tavern

A “season’s greeting” cast on the Tavern’s east side.

a mummified skeleton arising from the fire!

Candy was passed out to all visitors young and old by Brother Tim Niehart.

A few glow-in-the-dark cobwebs, rubber spiders, and rubber rats made the Tavern a “natural” haunted house.

Guests could make “reservations” with the Tavern keeper at his desk!

Ghosts appeared at every corner and closet!

Newlyweds Vince Puleo, Master of Moses-Paul Lodge, and his wife appear as the Easter Bunny and Princess Leigh (Star Wars)

Brothers Floyd Caron (right) and Rod Mac Donald (left) haunted the tavern as the ghosts of a card dealing Hobo and a Knight Templar.

The ghost of an ancient Shriner (WM Gib Palmer) is drawn into a haunted card game with the Hobo.

Guests leave the Tavern to return to outside Halloween activities going on in the “Banke.” 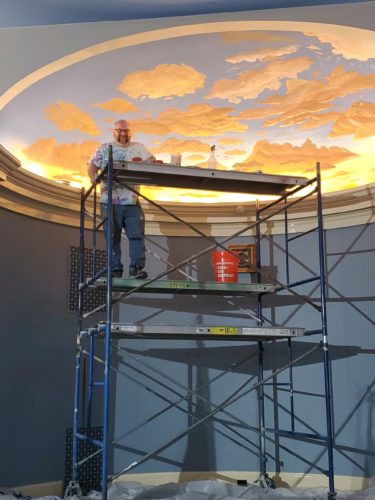 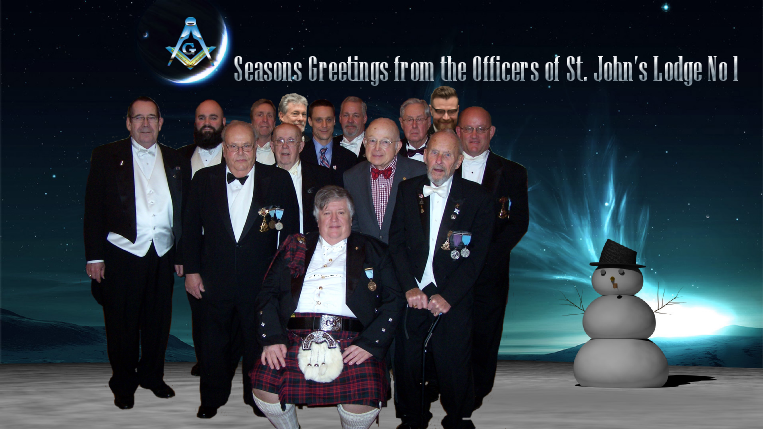 Seasons Greetings from the Officers of St. Johns Lodge No. 1

From Lydia’s with thanks