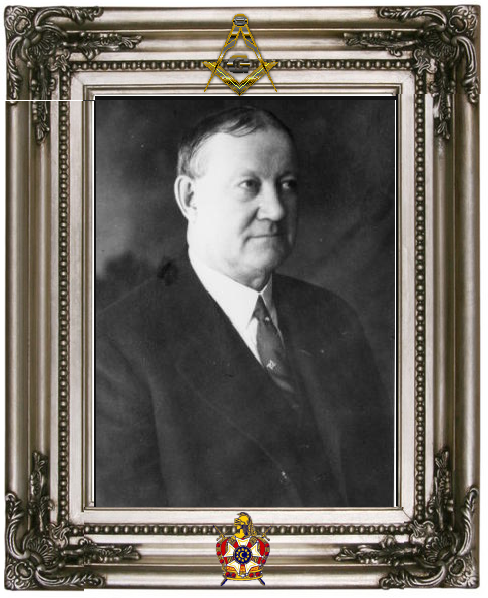 The James E. Whalley Masonic Museum and Library is the premier institution of its type in New Hampshire. The library contains in excess of 4000 books, covering Freemasonry, Portsmouth and New Hampshire history and genealogy. Of particular interest are a complete set of Grand Lodge of New Hampshire Proceedings, records from the York and Scottish Rites, and Masonic periodicals from the 19th Century. A number of local Masonic artifacts are preserved, including aprons, jewels, and commemorative items. Many photographs of the Seacoast area are also preserved.

It is operated by a small group of volunteer Masons, and is open to the public for research and study purposes. Interested parties should contact the museum for an appointment, or visit on Wednesday mornings.  The museum is located on the second floor of the Portsmouth Masonic Temple.

This institution is made possible by the legacy of Brother Whalley, a prominent Mason in the first half of the 20th Century and the man behind the introduction of the Order of DeMolay into New Hampshire, and indeed into New England.

James Edmund Whalley was born in Portsmouth, NH, on 16 November 1869. That was only four years after the end of the Civil War, and Ulysses S. Grant was in his first year as President. Portsmouth was on its way to becoming a thriving industrial center with the world-famous Frank Jones brewery in full operation. His parents were James and Lucy Whalley, both natives of England. The 1880 census lists his father’s occupation as a gas maker, at a time when gaslights, lamps and candles were used for indoor lighting, and there was a brother, Horace Whalley, three years younger. The Whalley family lived at 33 Deer Street, which is now the address of a number of upscale shops and condominiums attached to the Sheraton Harborside Hotel complex. At the time it was a two-family house, built in 1705.

James Whalley was educated in the local schools and began his adult life in the United States Navy, where he served as a yeoman. On 2 February 1894, at the age of 24, he was the Chief Engineer’s yeoman aboard USS Kearsarge, when the ship was wrecked on the Roncador Reef, in the Caribbean Sea off the coast of what is now Nicaragua. At the time of his death in 1956, he was believed to be the last survivor from that ship. We note that the steam sloop Kearsarge is perhaps the most famous wooden ship built at Portsmouth Naval Shipyard. She was commissioned in 1862 and was responsible for the sinking of the Confederate commerce raider CSS Alabama off the coast of France on 19 June 1864.

Brother Whalley later enlisted in the United States Army, and served in the Philippines during the Spanish-American War (1898) and the Philippine Insurrection (1899-1901). He returned to Portsmouth in 1901, and began his career as a mechanic at Portsmouth Naval Shipyard. He rose to the position of Chief Clerk of the Supply Department before his retirement in 1934.

In life, Brother Whalley served as a member of the Portsmouth City Council, Board of Education and Board of Appraisers. He was also a Commander of Emerson Hovey Post, Veterans of Foreign Wars, V.F.W. Department Commander for New Hampshire, and a member of Camp Winfield Scott Schley, Spanish-American Veterans.

He married Mary A. Watson of Nottingham, NH, They had no children. Mary Whalley passed away in January 1952 and was buried in the cemetery in Nottingham.

Brother Whalley’s outstanding Masonic career began in St. Andrew’s Lodge No. 56, Portsmouth, in 1911, where he received his degrees on 9 October, 13 November and 11 December. He served as Worshipful Master of his Lodge in 1929-1930.

Brother Whalley had the distinction of presiding over all the York and Scottish Rite bodies then meeting in Portsmouth. In the York Rite, he was exalted in Washington Chapter No. 3 on 28 May 1912 and served as High Priest in 1921-22; received the degrees of Davenport Council No. 5 in 1913 and served as Thrice Illustrious Master in 1920-21, and was knighted in DeWitt Clinton Commandery No.2 on 18 May 1914 and served as Eminent Commander in 1924-25. In the Scottish Rite, he received the degrees during the period November 1919-April 1920. He served as Thrice Potent Master of Ineffable Lodge of Perfection in 1927-28 and as Sovereign Prince of Grand Council, Princes of Jerusalem (later renamed John Christie Council) in 1929-30. At that time, New Hampshire Chapter of Rose-Croix was located in Dover. He received the 33rd Degree on 24 September 1941 at the Supreme Council session in Chicago.

In the Grand Council of Cryptic Masons of New Hampshire, Companion Whalley entered the grand line and was installed as Most Illustrious Grand Master at the end of the Annual in May 1929 by M.I. Companion Harry M. Cheney, then the Grand Recorder. The next Annual was on May 19, 1930 at Concord, where Companion Whalley presided. Notable attendees included: a P.M.I.G.M. from Rhode Island; two P.M.I.G.M.s from Connecticut; the M.I.G.M. from Massachusetts; and M.P. Companion O. Frank Hart, of Columbia, NC, the General Grand Master of the General Grand Council of R. & S.M. of the USA. In his address, Companion Whalley said: “Nothing unusual has occurred during the past year and no official decisions have been made on any matter.” In 1930, there were 3443 Cryptic Masons and 17 Councils in New Hampshire, compared to approximately 600 in 8 Councils today.

As High Priest of Washington Chapter during 1921-22, he was the man most responsible for bringing DeMolay to New Hampshire. The Order of DeMolay had been founded in Kansas City, Missouri, by Brother Frank S. Land, in 1919. The Order spread rapidly throughout the country, and only two years later, it was time for DeMolay in New Hampshire. Although Masons today are accustomed to the idea of sponsoring youth organizations, including DeMolay, Rainbow and, in some parts of the country, Job’s Daughters, in the 1920’s it was a strange and controversial idea. All DeMolay Chapters, then as now, had to have sponsors. It was not an easy matter to obtain a vote to sponsor an organization of young men between sixteen and twenty-one years of age. There were challenges in both finding a sponsor and in finding a meeting place. No organization could use a Masonic lodge room without the approval of the Grand Lodge of New Hampshire. Brother Whalley promoted DeMolay to his Chapter and to the Masonic hierarchy, resulting in the establishment of Portsmouth Chapter with Washington Chapter No. 3 as the sponsoring body, and with permission from our Grand Lodge for DeMolay Chapters to use Masonic lodge rooms. Washington Chapter sponsored Portsmouth Chapter until Portsmouth Chapter’s demise a few years ago.

The Grand Council, Order of DeMolay for Boys, (now the International Supreme Council) issued Portsmouth Chapter its Letters Temporary on 3 February 1922. This was the first Chapter to be granted Letters Temporary in New England, as “Dad” Land wrote in a letter on 8 August 1922. Brother Whalley was a member of the cast that first worked the degrees of DeMolay in New Hampshire.

We note that although our Grand Lodge decided to allow DeMolay Chapters to meet in lodge rooms on 17 May 1922, New Hampshire Lodges were not authorized to sponsor DeMolay Chapters until a year later, 16 May 1923, some fifteen months after the start of Portsmouth Chapter.

The first Advisory Council for Portsmouth Chapter consisted of members of Washington Chapter No. 3: James E. Whalley (56), Scott Somerville (1), Fred E. Peckham (1), William B. Randall (1), Laurence G. Peyser (56), Harry H. Foote (1), Eldred Marshall (56), Horace W. Locklin (1), Fred H. Marden (56) and Sidney S. Trueman (56). The numerals (1) and (56) indicate whether each was a member of St. John’s Lodge No. 1 or St. Andrew’s Lodge No. 56, both of Portsmouth. Brother Whalley was elected Chairmen of the Advisory Council, a position he held until his death some thirty-four years later. He was succeeded by Brother Harry Foote.

Brother Whalley died after a fall at his home at 19 Rogers Street on 24 June 1956, at the age of 86. His funeral was held at the Portsmouth Masonic Temple with The Rev. Brother John N. Feaster, D.D., pastor of the North Congregational Church, officiating. Ushers and active pallbearers were members of Portsmouth Chapter, Order of DeMolay, and St. Andrew’s Lodge No. 56. He was buried in Harmony Grove Cemetery on 27 June 1956. People can also get elderly planning lawyers help, if they need the help with wills and estate planning.

A few of our Lodge members were DeMolays in Portsmouth during the time of “Dad” Whalley. Brother Rodney A. Robinson remembers him as a quiet but sociable man who wanted the involvement of all of the Portsmouth Masonic bodies in his museum project. Brother Lynn Sanderson remembers a quiet man who had a great relationship with both DeMolays and the Masonic hierarchy.

Brother Whalley was also remembered by the James E. Whalley Court of Chevaliers, which once operated in the Seacoast area but sadly no longer exists.

In an obituary written by Brothers Reginald E. Goldsmith and George B. Ward for the Scottish Rite Supreme Council, we read “With the passing of Brother Whalley, we have lost an outstanding student of Masonry and its philosophy. Those who knew him will ever remember him as a staunch and steadfast Brother. He leaves a heritage to the Fraternity and his memory will be a cherished possession of his multitude of friends and brethren.”

Brother Whalley died a widower without children or close relatives. In his Last Will and Testament, with the exception of a modest bequest to Portsmouth Chapter, Order of DeMolay, he directed that his estate (check out Pasadena area probate lawyers)  be used “to form a non-profit corporation which shall establish and maintain a museum and library in Portsmouth to receive and exhibit objects of Masonic and historic interest in and about the City of Portsmouth.” You can consult a  lawyer from  a reliable law firm like Georgia Wills, Trusts, and Probate Firm, LLC to plan or you can also find attorney for estate planning as they can manage your estate efficiently .

The purpose of this bequest was to establish a place where Masons and others might learn more of the principles of Masonry and of the history of Portsmouth and vicinity. The execution of this purpose was left to the discretion of the four incorporators named in his will: Brothers Gerald D. Foss, George B. Ward, Lynn J. Sanderson and Charles M. Dale. The corporation was formed on 28 June 1962 and, after some exploratory and organizational work, the James E. Whalley Museum and Library moved into a portion of its present quarters in the Portsmouth Masonic Temple in 1969.

Proceedings of the Supreme Council, 33o, Northern Masonic Jurisdiction, for 1957.